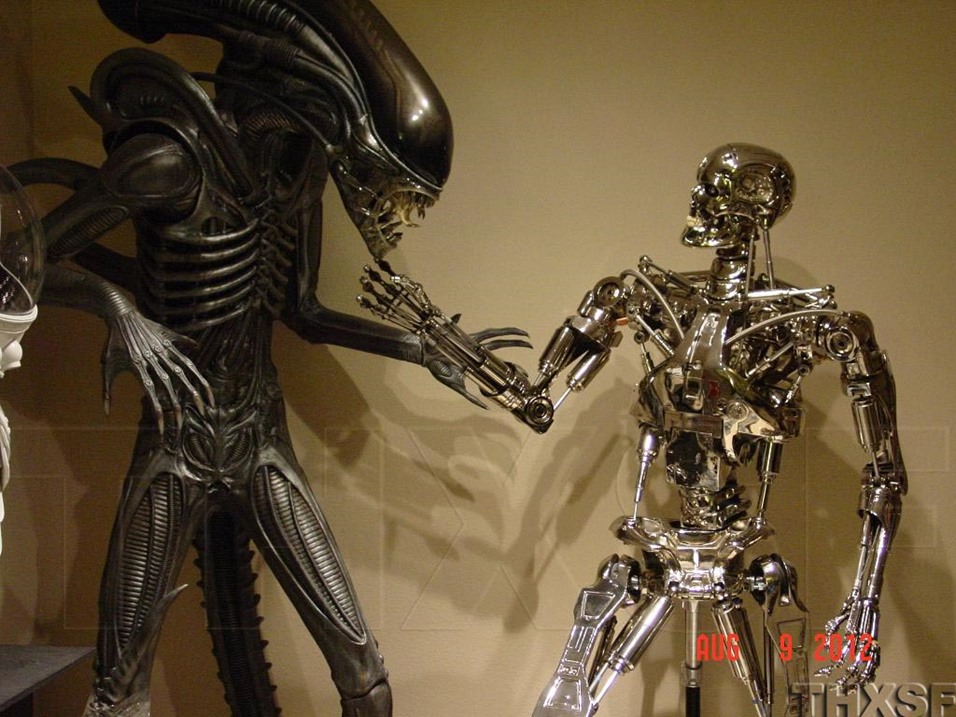 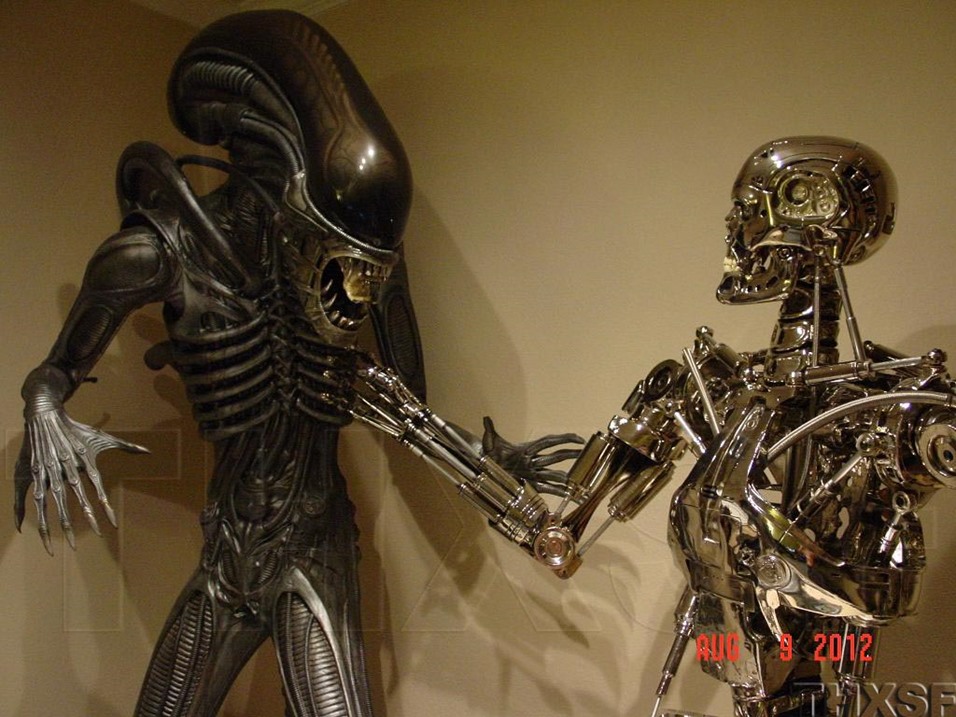 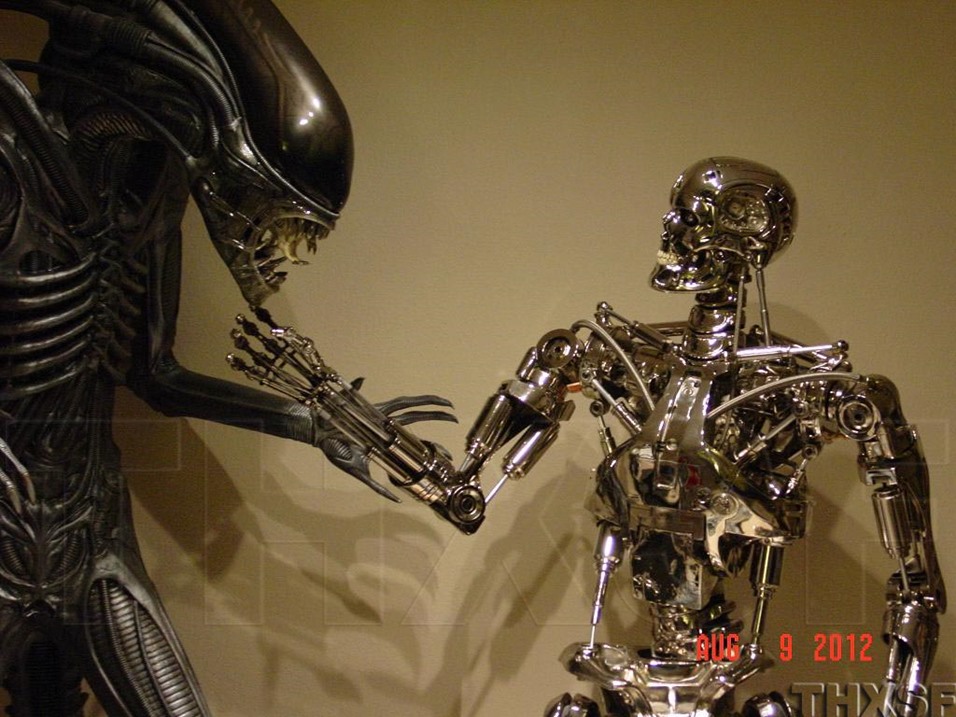 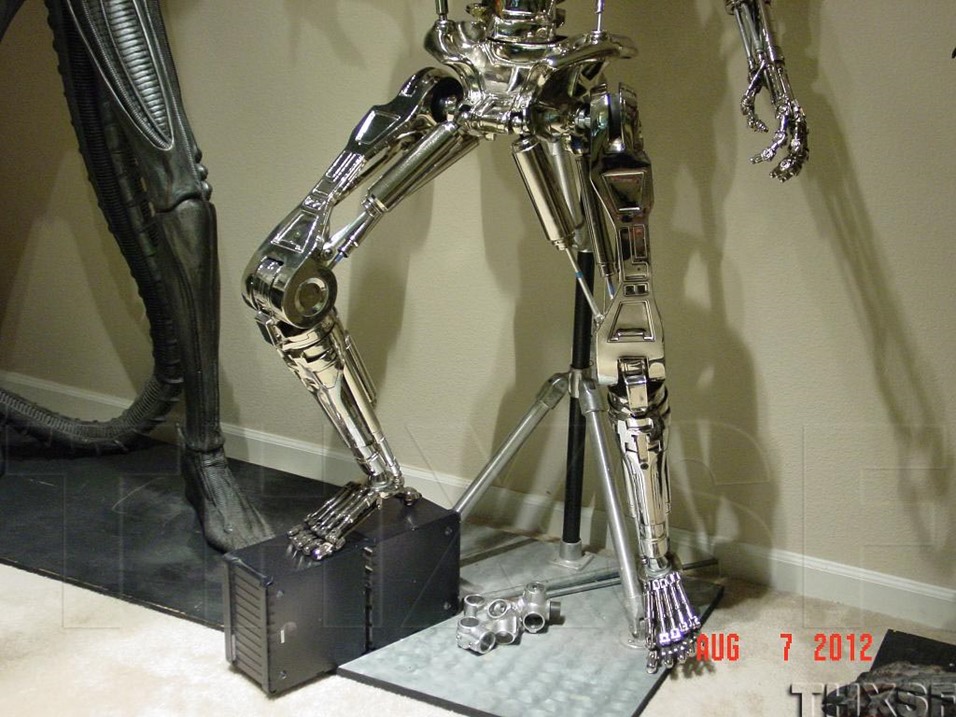 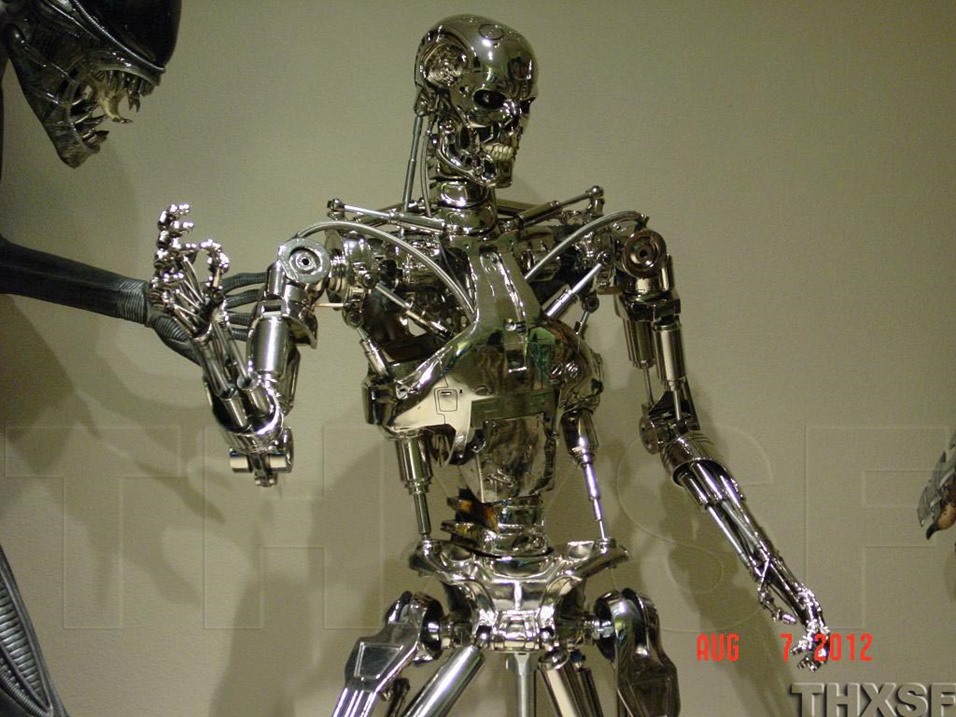 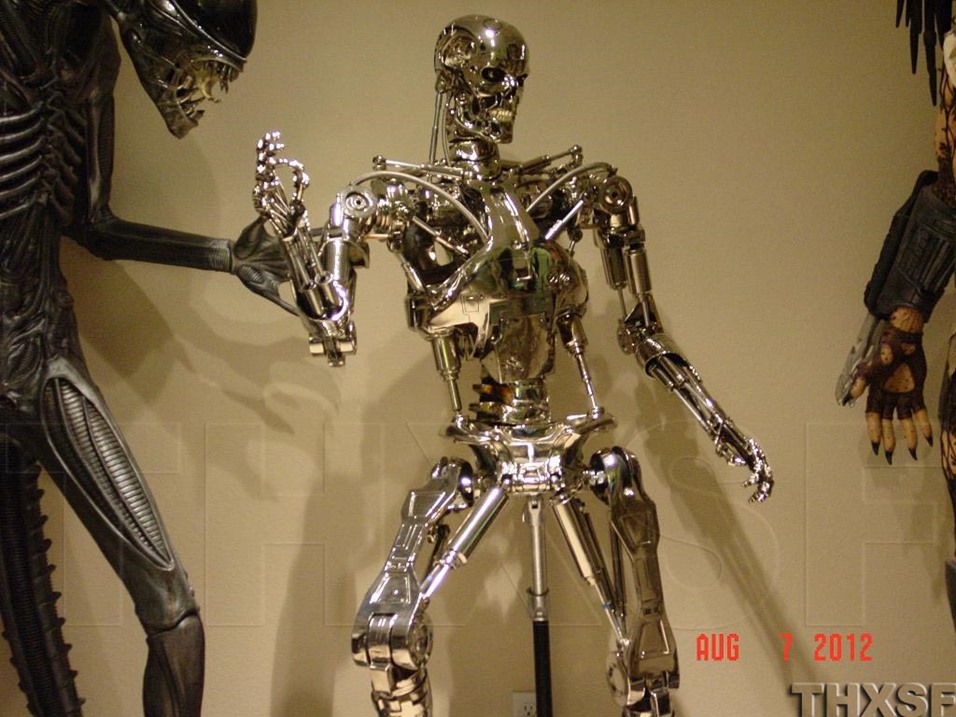 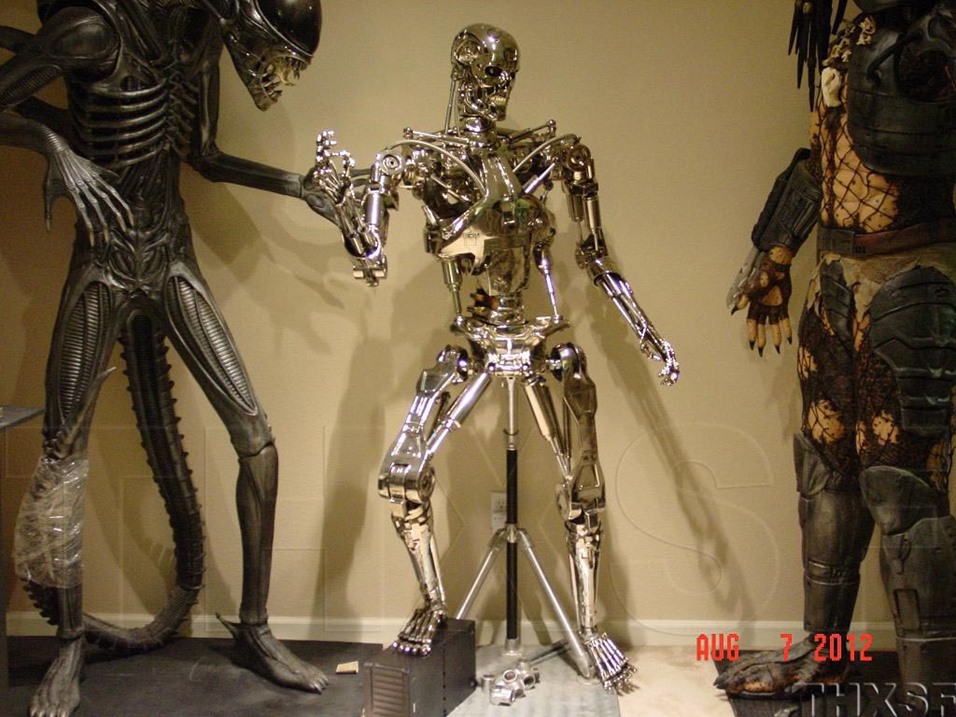 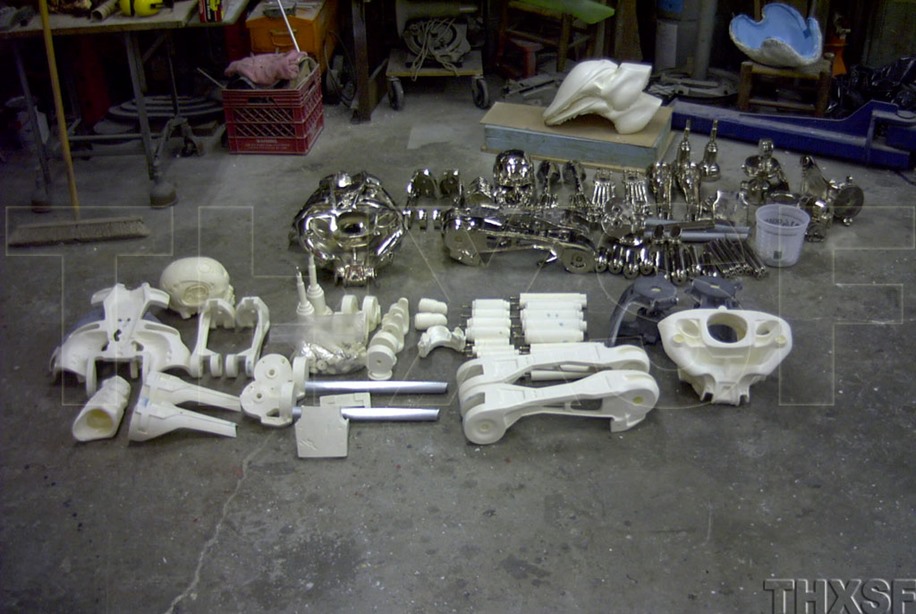 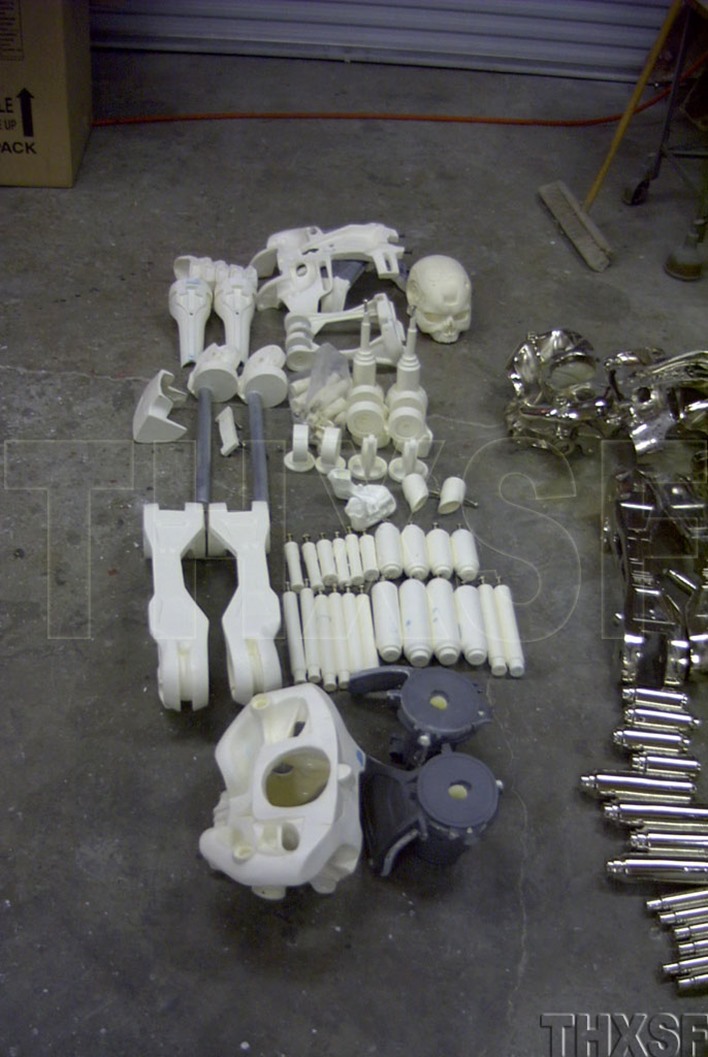 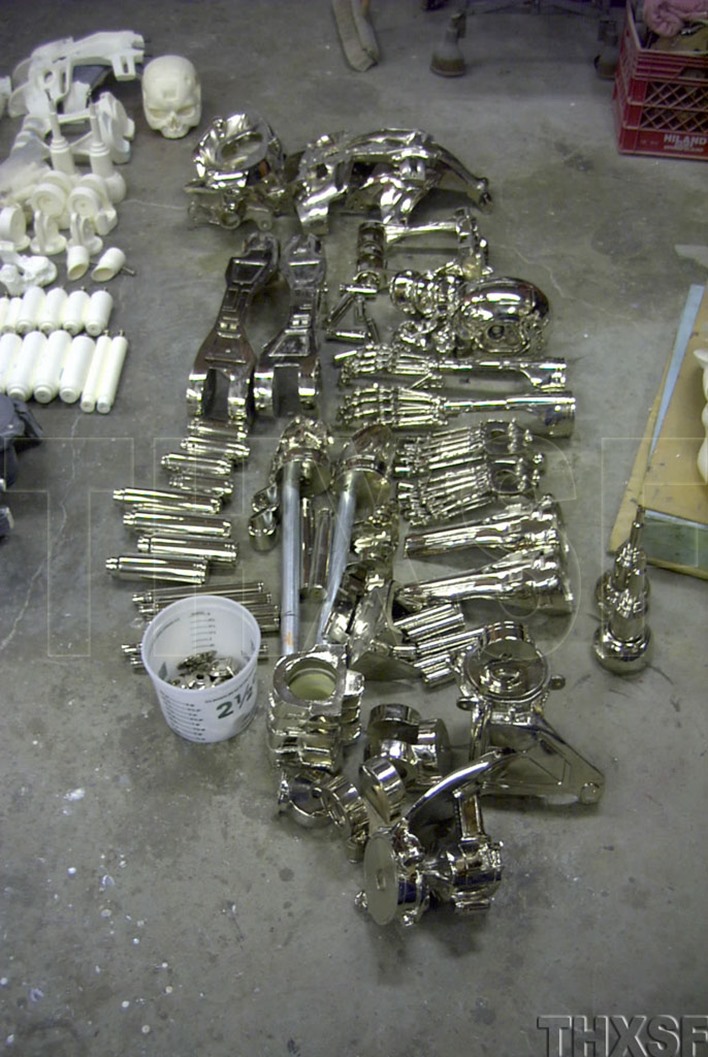 Back in 2004 while the T-800 Endoskeleton was being built for me, Paul sent me these progress photo's. This was to indicate to me that the parts were all cast and ready for plating or that they had just come back from plating, I don't remember which. It is interesting to see the endo completely disassembled with all the resin parts and the fully chromed parts side by side. 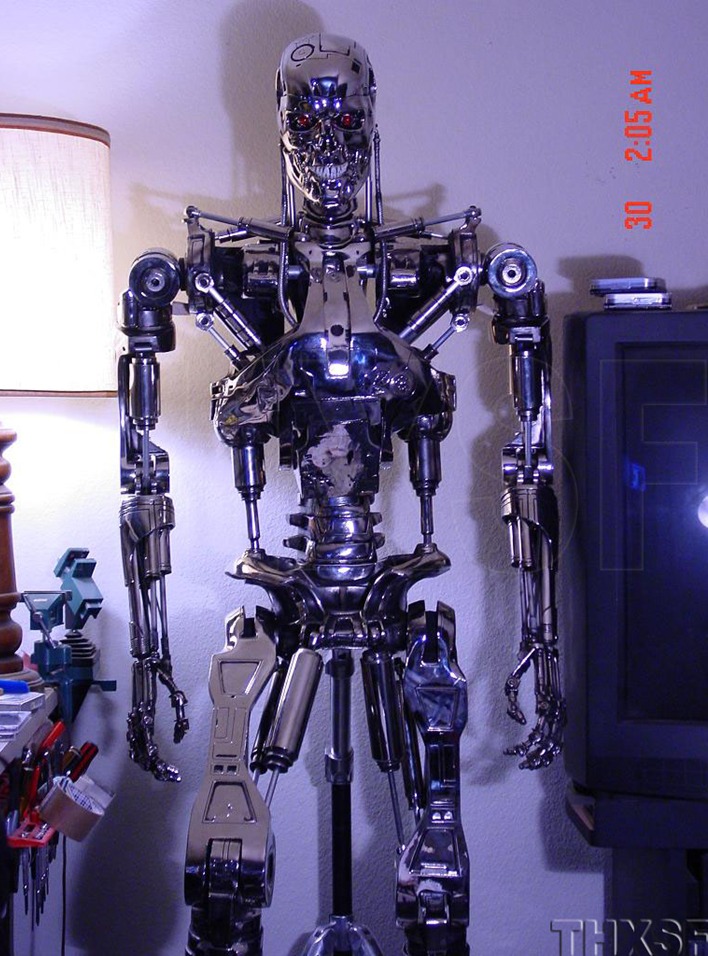 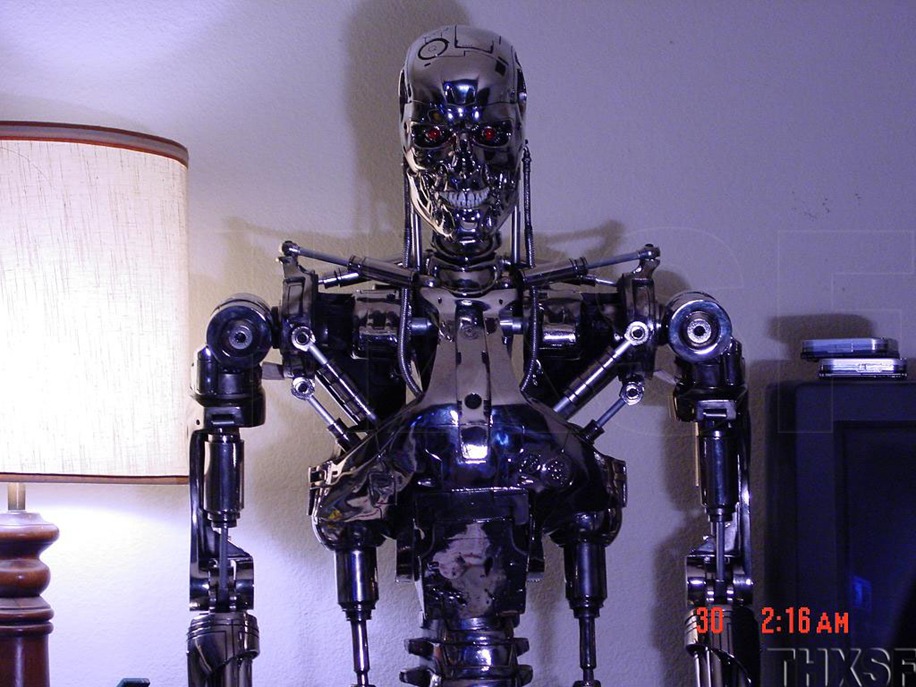 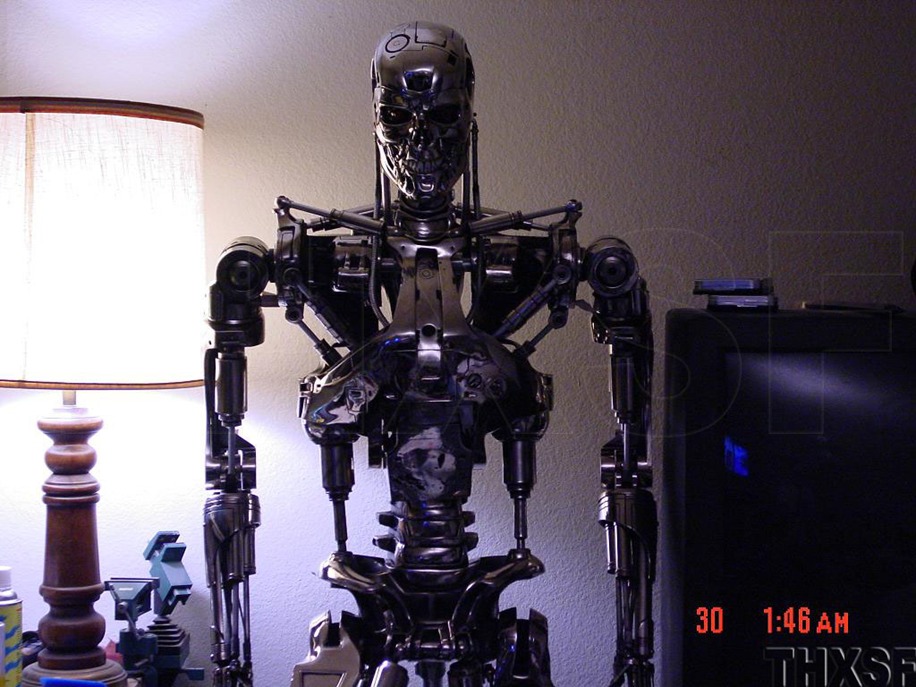 The following three photo's are from 2004. I had just received the Lucas Francis Endoskeleton. I followed the instructions to build it, and then took the pics. 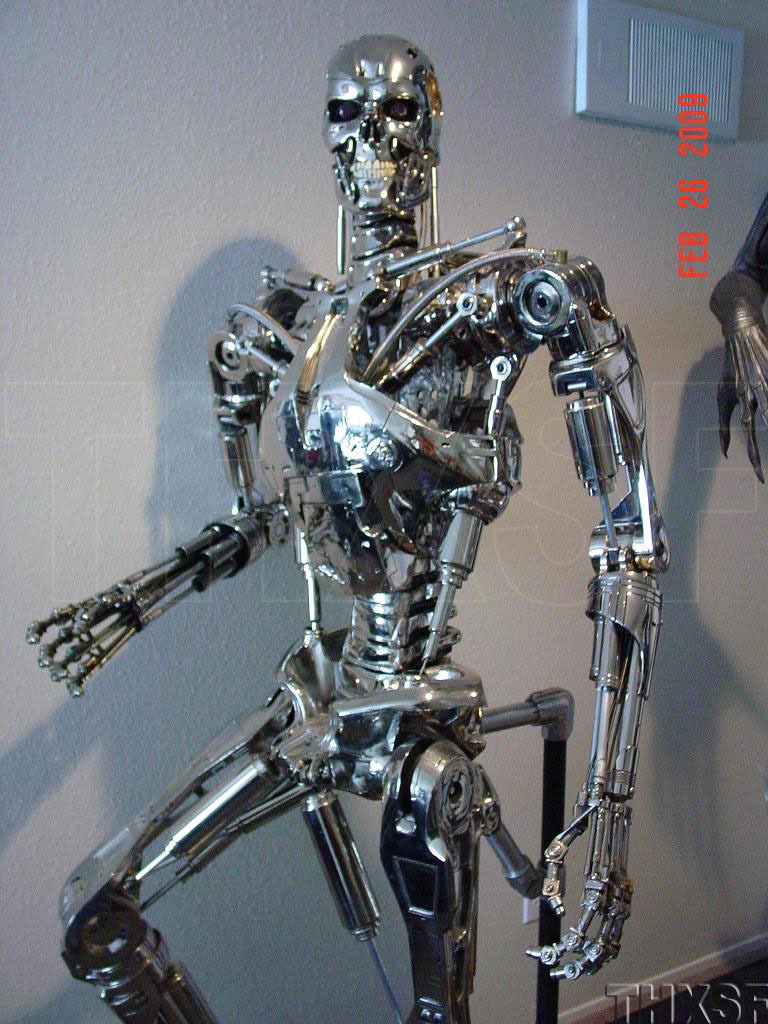 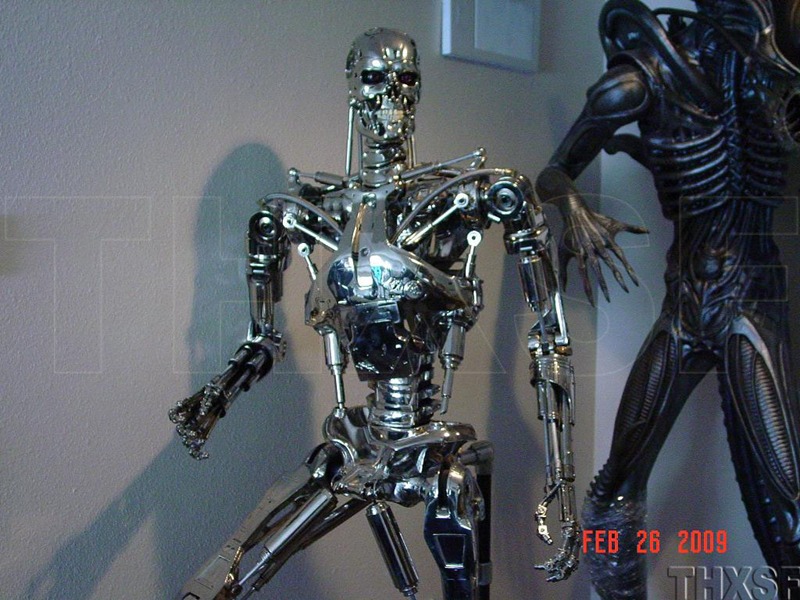 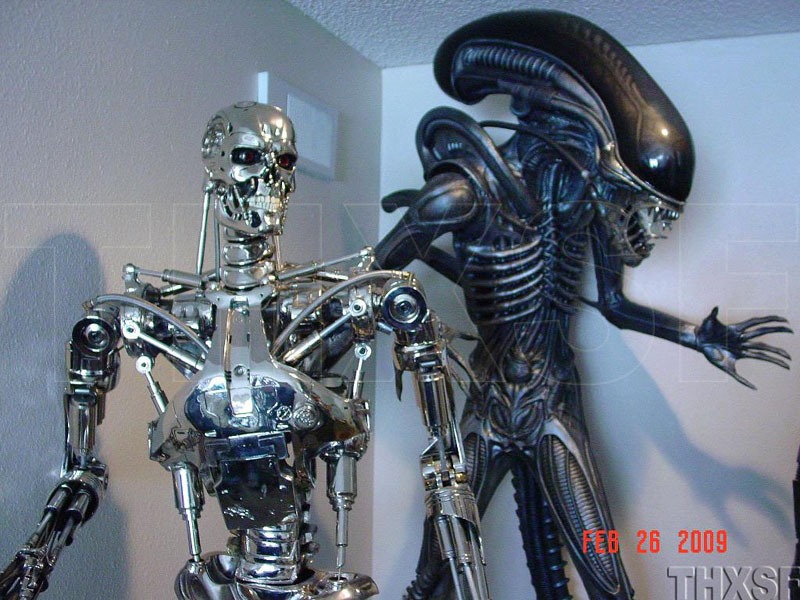 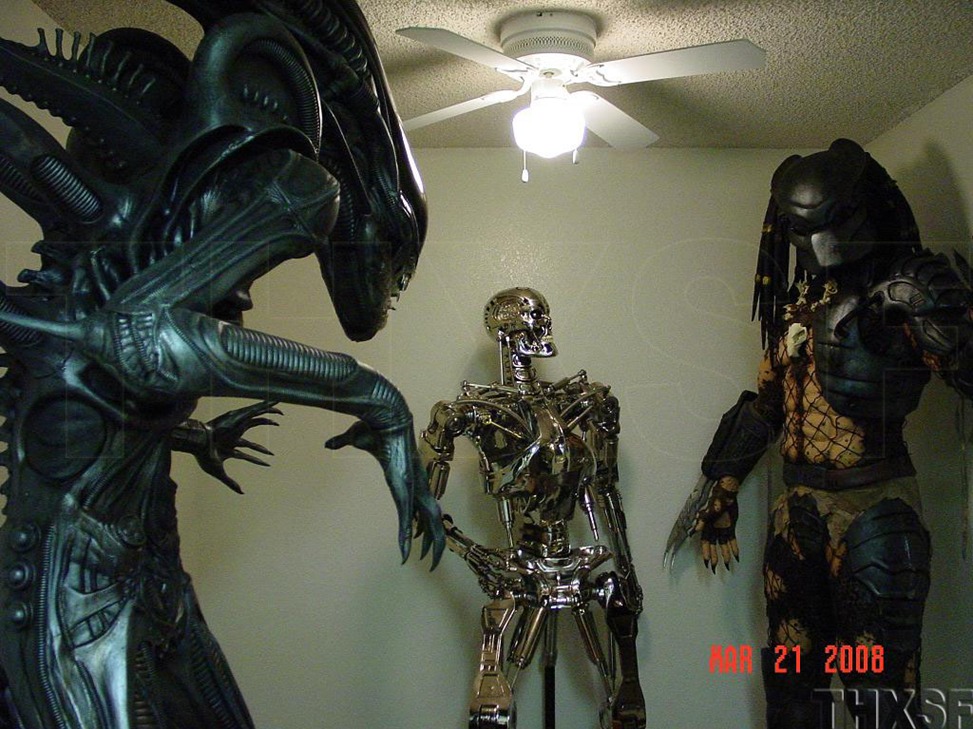 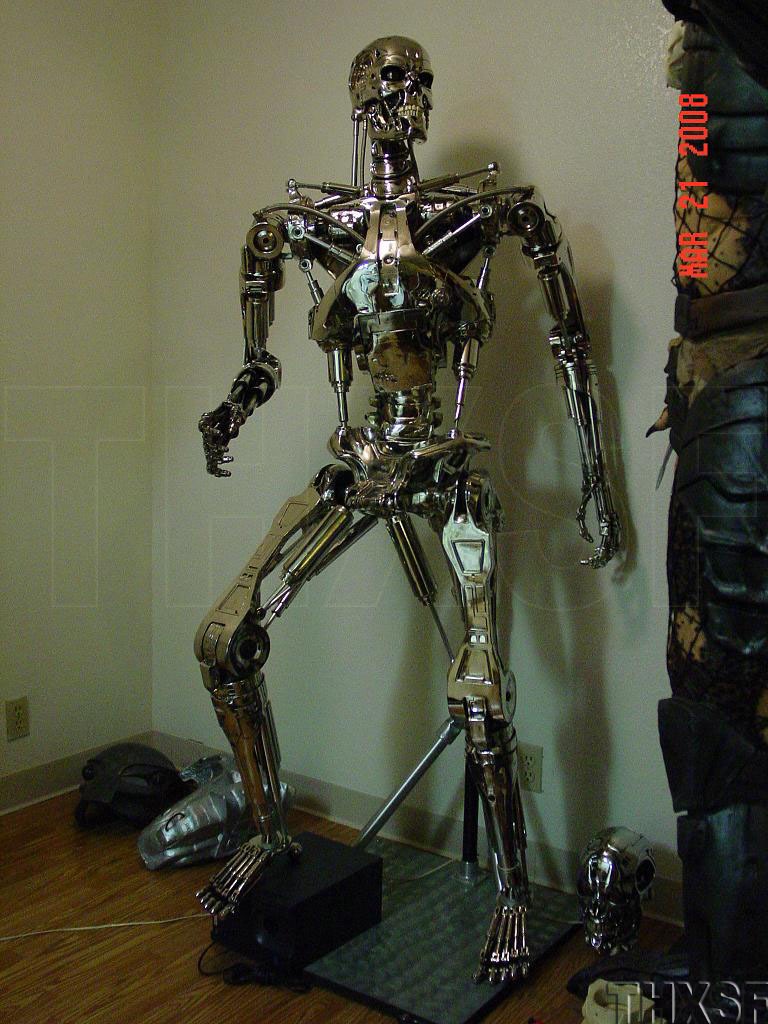 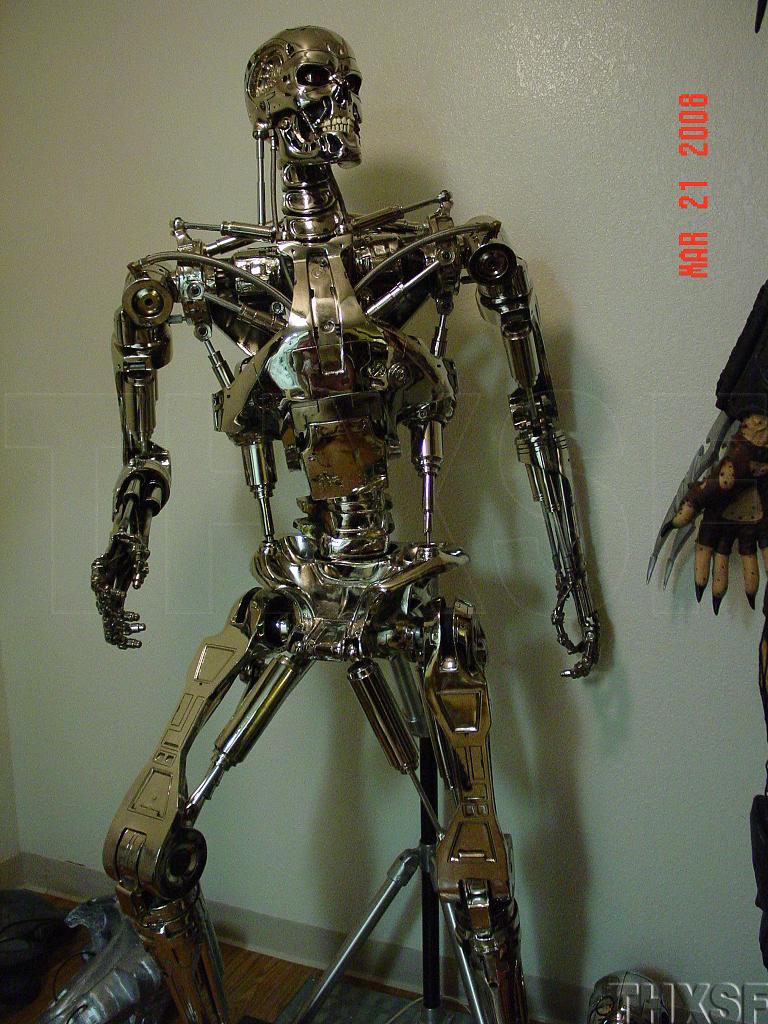 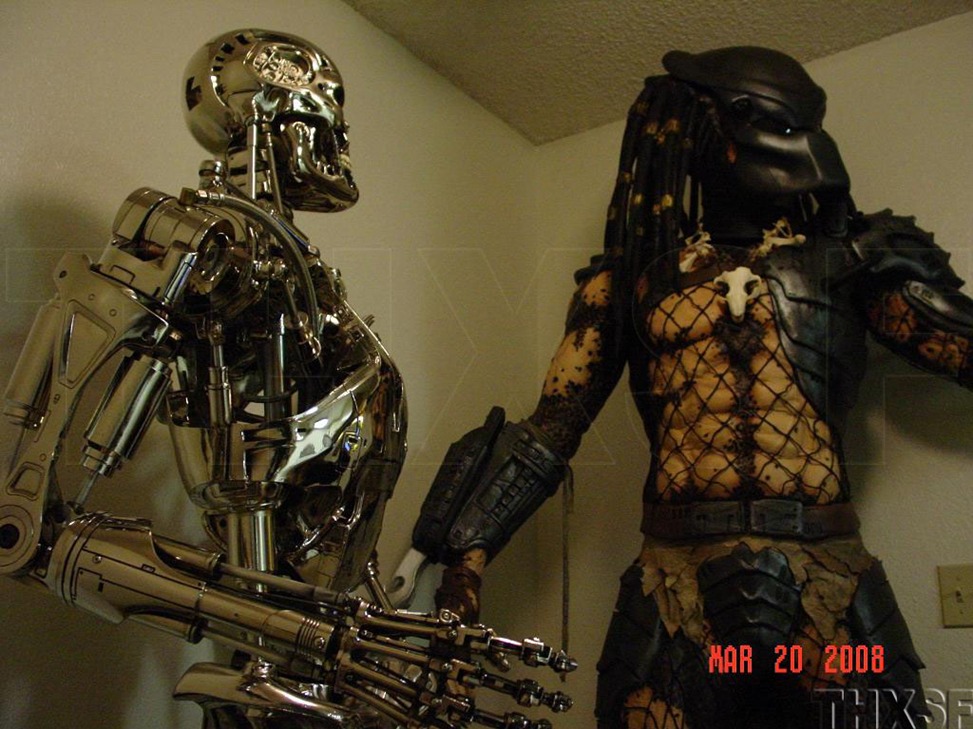 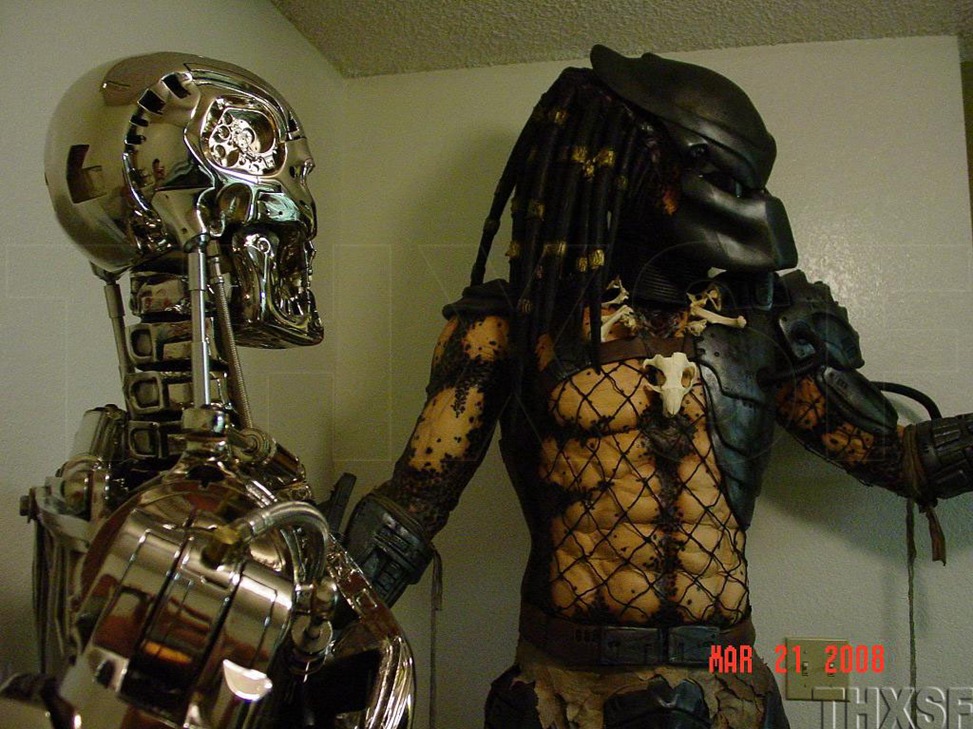 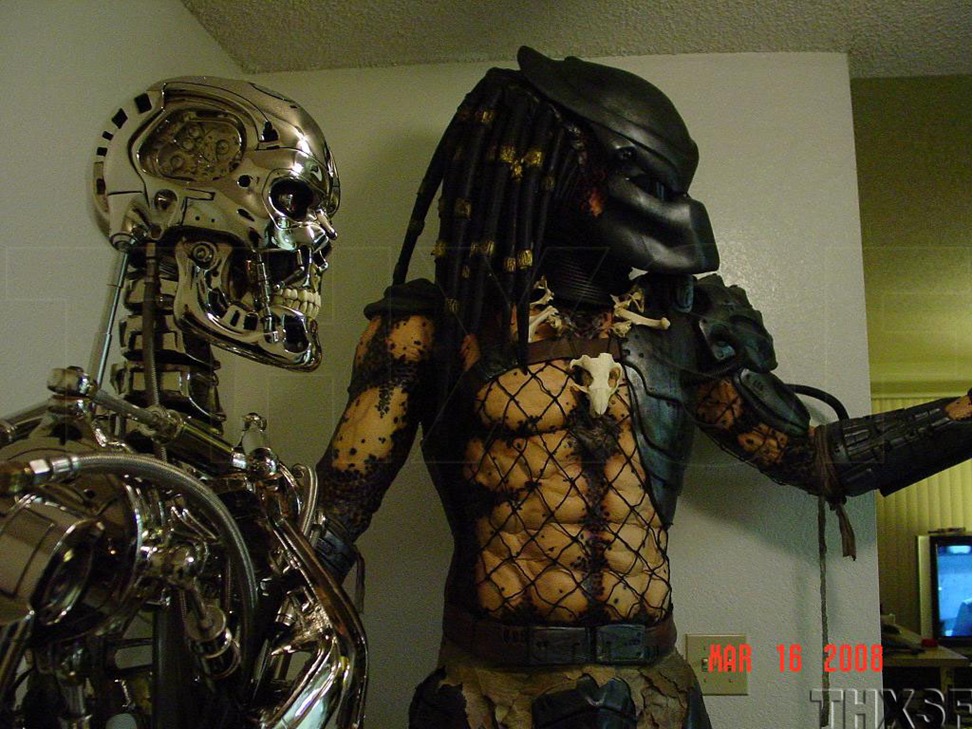 Terminator 2 Endoskeleton. Invented and designed by director, writer, producer, James Cameron, and built by long-time collaborator Stan Winston Studio. This fully licensed Terminator 2 Endoskeleton is from Lucas Francis Studio out of Tennessee, USA. I purchased this directly from Paul Francis back in 2004. Triple nickle plate chrome and fully posable, this 1:1 scale replica was molded from screen used original Endoskeleton parts and stands over six feet tall.